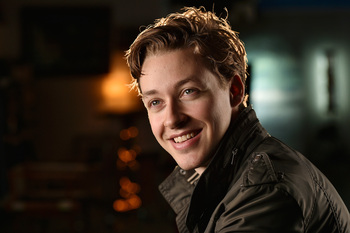 Braxton Baker first started singing and dancing to classics like The Music Man and Singing in the Rain at three years old, and continues whenever he can. Originally from Duluth Minnesota, Braxton spent the majority of his career appearing in professional theater around Minneapolis including the Guthrie Theater and the famous Fitzgerald Theater. After moving to LA to pursue his acting dream he’s appeared in numerous TV and commercial roles including the five-year-long run of Dr. Pepper’s “Fansville” and Diary of a Wimpy Kid on Disney+.

When Braxton isn’t working on a project he enjoys spending time with friends, singing, playing the newest video game, and cuddling with his cat, Jig Baby.