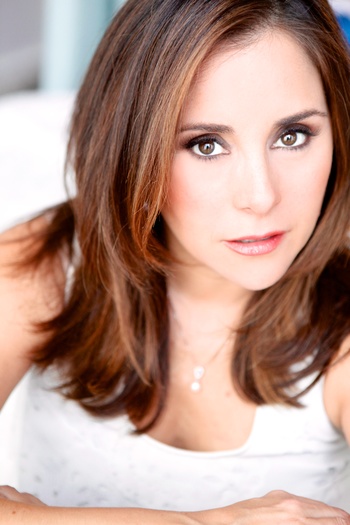 Considered by many as one of the greatest actresses in Latin America, Karyme Lozano has starred in hugely successful soap operas (Telenovelas) that have aired in numerous countries on every continent contributing to a fan base of over 100 million world-wide. Karyme is the only star simultaneously featured in a lead role in two prime-time soaps, El Manantial, and Niña Amada Mía, a unique event in Univision history.

Born in Mexico City to a family of lawyers, Karyme studied acting after graduating high school to quickly discover a gift and passion for film and theatre. Karyme is a true student of her craft and relentlessly strives to always improve and refine her abilities as an artist.

In addition to her numerous lead roles in Telenovelas, Karyme co- starred in the Epic movie, For Greater Glory alongside Andy Garcia. Karyme has found equal success on stage starring in Spanish versions of musicals Anastasia, Cinderella, and Grease. On top of her many awards and recognitions (Las Palmas de Oro, TV Y Novelas, Eres, Teleguía, etc.), her lead film role, a moving performance as an artist physically and mentally abused by her boyfriend, in Desnudos earned her a well- deserved nomination to a coveted Ariel Award, Mexico's equivalent to the Oscars.

Karyme is equally talented as a writer/director and recently wrote, directed & produced a short film called “The True Meaning of Love,” a reflection of a dying woman’s choice made when she was young and the consequences of her decision.