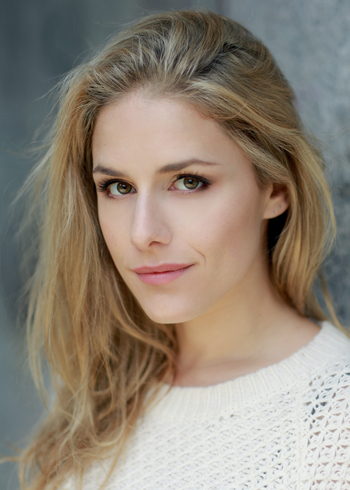 Alix Wilton Regan is an award-winning British actress and voice-over artist who trained at the Drama Studio London. Alix is an icon of the gaming world, having voiced and performance captured roles such as Aya in ASSASSIN'S CREED: ORIGINS, Samantha Traynor is MASS EFFECT III, The Inquisitor in DRAGON AGE: INQUISITION, Calista in THE LAST STORY, Goal in DEPONIA Parts I, II & III, and Sebille in DIVINITY ORIGINAL SIN: II... to name but a few! Alix is also the voice of Carmen in the multi-BAFTA and Emmy award-winning kid's show THE AMAZING WORLD OF GUMBALL for Cartoon Network.

Alix recently completed filming THE WIFE in which she plays Glenn Close and Jonathan Pryce's daughter, also starring alongside Max Irons (as her brother). Alix's latest TV projects - THE BRAVE by NBC and CROWN COURT by ITV - are now available to watch worldwide. Alix's latest video game ASSASSIN'S CREED: ORIGINS won multiple international awards and led to Alix being a presenter at this year's BAFTA Games Awards. Alix has recently completed several runs of the stage play WHAT IF WOMEN RULED THE WORLD by multimedia artist Yael Bartana, which was performed in Manchester, Denmark and Berlin and is now awaiting further transfers... As you can see, Alix is a multi-talented force to be reckoned with who enjoys working across all artistic mediums!

Alix is fluent in French, speaks a good level of Spanish and, in April 2018, Alix was honoured to be asked to join BAFTA Games as a voting member.