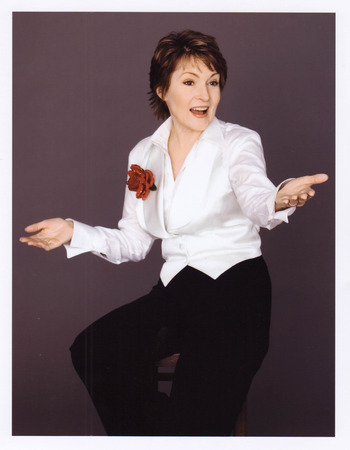 B.J. Ward is an actress and singer from New York. She is vocally electic and has four classical CDs on the market. She has worked with Broadway composers Stephen Sondheim and Jerry Herman. As an actress she has guest starred on "ER," "Frasier," "Gilmore Girls," and more. For ten years, B.J. has been performing her own one-woman show, "Stand-Up Opera" across the country. She has been a guest soloist with various symphony orchestras and appeared at the Hollywood Bowl.