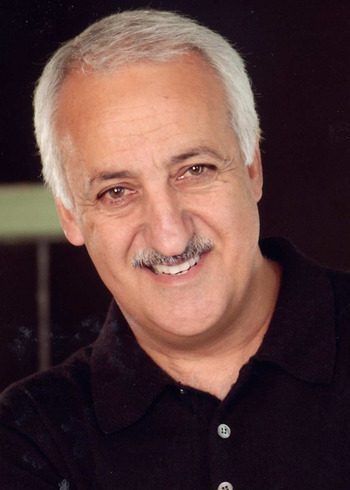 BRIAN GEORGE is a product of London’s East End, which was still reeling from the war and broke. As a result, it seemed locked in time, with amazing characters everywhere: in Petticoat Lane Market selling everything from china plates to jellied eels; at the local school filled with terrible, child-hating, school teachers; across the street at Lucy’s Cafe where the Teddy Boys with their oily, slicked-back hair, stove-pipe trousers, pointy shoes, and switch blades hung out; or in the decrepit Hebrew schools where ancient, nicotine-stained Hassidic men jabbed their sharp bony fingers at your skull in
the hopes that you’d understand their teachings better.

Everywhere, on every street corner, accents from all over the British Isles and the sputtering Commonwealth were there to imitate and enjoy. These were the sights and sounds that informed his childhood and helped develop his ear for accents and mimicry.

In 1966 he and his family moved to Canada, and it was
there, after attending the University of Toronto, that he got his start acting professionally. Culminating atThe Second City, where he worked with Catherine O’Hara, John Candy and Martin Short among many others.