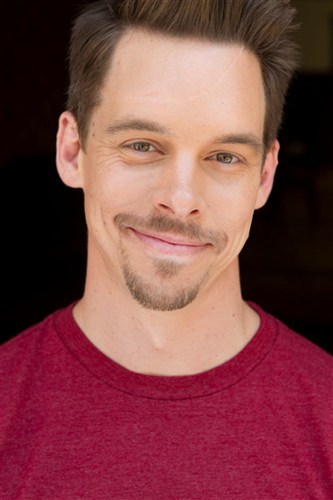 Brian grew up in Michigan, grew his talents in Chicago and is refusing to age at all in Los Angeles. He's worked on the big screen in films such as Clint Eastwood's 'Flags of our Fathers', on the medium screen in TV shows like FX’s ‘Feud’, FOX’s '24', HBO’s '6 Feet Under' and on the even smaller screen hosting Hulu's 'The Morning After' for nearly 400 episodes. Brian is grateful to the commercial industry for keeping him employed on national commercials, both on camera and voiceover..

Brian is equally busy in voice over, having worked on huge video games titles including Bio-Shock Infinite, Gears of War and Final Fantasy. He is the “go-to guy” in the Hitman series voicing dozens of characters from unforgettable pivotal roles to incidental pedestrians.

Brian has worked on animation series and features for Dreamworks and Amazon and is the voice of Harold in Warner Bros.’ cartoon “Bunnicula.” His talent for creatures and animals has been employed in TV & film alike, including multiple ghosts in 2016’s Ghostbusters.

Brian is first and foremost an improviser. He began in the Spolin Improv training at The Theatre School at DePaul University in Chicago and continued that training with Viola Spolin’s son Paul Sills. Since arriving in Los Angeles he has performed on stage at Second City and UCB. As a younger man, Brian was a gymnast and competitive springboard diver. He has since built on this acrobatic base with training in martial arts (Southern Shaolin Kung Fu, Krav Maga & Submission Grappling), clowning under Ringling Bros’ Steve Smith and teaching trapeze at Trapeze School New York (TSNY) at Santa Monica Pier. With all of these skills at his disposal, Brian is a huge asset on any MoCap set.
As the father of 2 toddlers, Brian works nightly on his story-telling skills, his character voices, and his physical dexterity, transforming from gorilla to bear to horsey. And, the Prince…don’t forget the Prince.