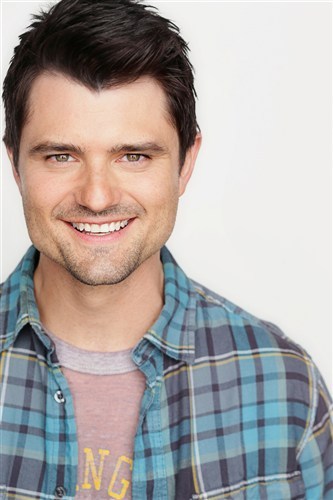 Chad Brannon splashed onto the voiceover scene almost a decade ago and quickly became one of the main promo voices for FOX (most recently) as the voice of "American Idol", "Cosmos: A Spacetime Odyssey" and "Animation Domination" including "Family Guy," "The Simpsons," "The Cleveland Show," "American Dad," "Bob's Burgers," "Glee," "New Girl," "Raising Hope," "American Idol," and "The Teen Choice Awards."

He is also one of the signature voices on CBS, where he promos TV's #1 new hit of last year "NCIS: New Orleans" and TV's #1 show, "NCIS". He is also the voice of the History Channel voicing all of their over 80 hit shows, including "Vikings", "The Bible", "Houdini", "Texas Rising", "Pawn Stars", and "American Pickers". This last season he was the voice of basketball on the new SEC ESPN network.

Chad also has extensive on-camera credits and is most known for his Daytime Emmy Award winning performance as Zander Smith in "General Hospital," as well as Lucas Mize on "Friday Night Lights" and most recently appeared in Sofia Coppola's "The Bling Ring", CSI, and a pilot with Wayne Brady. Chad is married and has 3 boys and a girl and yes, his wife is awesome.