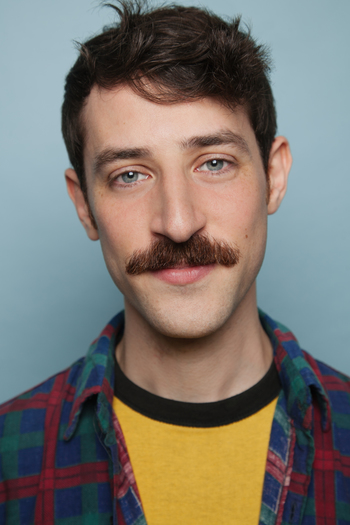 Charlie Hankin is a writer/performer, cartoonist, and animator. As an illustrator, Charlie has been published regularly in The New Yorker and the UK's Private Eye; you can see his equally clever rejected cartoons on his Instagram feed: @mecharliehankin. He is currently developing an animated series for Snapchat together with Stoopid Buddy.

As an actor, he recurred on Jill Soloway’s Amazon series I LOVE DICK; other credits include THE LAST OG, THE UNBREAKABLE KIMMY SCHMIDT, and YOUNG SHELDON. Charlie is also half of the sketch duo and filmmaking team Good Cop Great Cop. Together, they have developed pilots with both TBS and Comedy Central, in addition to writing, producing, directing and starring in the Comedy Central digital series New Timers and their self-titled web series Good Cop Great Cop. The group was also honored as one of the inaugural New Faces: Creators at Just for Laughs.