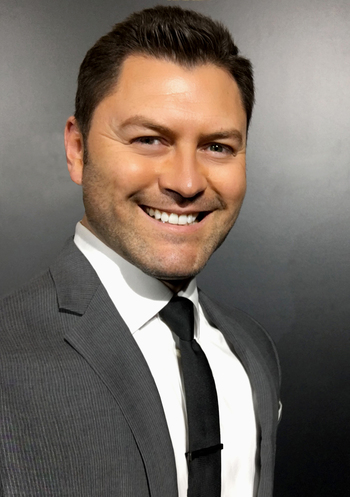 Animation fans will recognize Christian from his many film and TV roles, which include the vain and scheming "Chancellor Esteban" on Disney’s Emmy-winning TV series Elena of Avalor, as well as "Puss" from DreamWorksTV’s Epic Cat Battles with Puss in Boots, roles which earned him two consecutive Voice Arts Award wins for Outstanding TV Animation.

As a TV Academy member, Christian also serves since 2015 as the live announcer and voice of The Daytime Emmy Awards, The LA Emmy Awards, The American Cinematheque Awards, The TV Land Awards, and Hallmark Channel’s Hero Dog Awards.

He resides with his wife and two sons in Los Angeles and Lake Arrowhead, CA, where he's available for sessions in person or via ISDN from either of his two professional broadcast-quality recording studios.