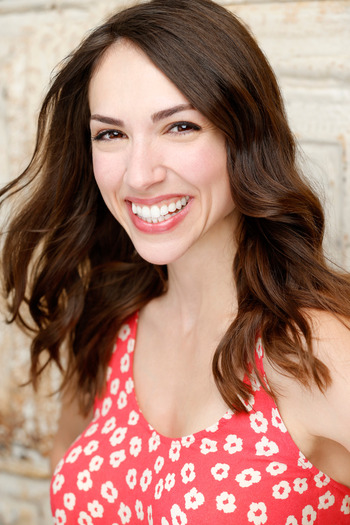 Eden Riegel is a Daytime Emmy Award-winning actress best known for soap roles on "All My Children" and "The Young and the Restless." After making her Broadway debut at age 7 in Les Miserables, Eden has worked professionally on-camera and behind-the-mic for *mumbles* years (a lady doesn't tell!) She took a brief detour to attend some university in Boston (yes, it was Harvard) and then was back at her first love, acting. She is currently the voice of Kiara, Nala and Simba's eldest child and future Queen of the Pride Land, on Disney's forthcoming series The Lion Guard. Her interactive voice work includes playing Sherri Birkin in the newest Resident Evil game, Jane Austin in Saints Row IV, and Hitomi in Dead or Alive, among others too numerous to list. As a former Broadway baby, she is an accomplished singer, and, in addition to her impressive commercial resume and animation and interactive credits, has been recording songs, jingles, singles, and such things as ADR, looping, dubbing and such for almost as long as she's been alive. On-camera, she can be seen on your favorite streaming provider opposite Jack Black in Year One, opposite Sean William Scott's "Steve Stiffler" in American Pie, or as Young Miriam in the DreamWorks animated feature Prince of Egypt. TV credits include NCIS, Castle, Rizzoli & Isles, Criminal Minds, and Hawaii Five-0.