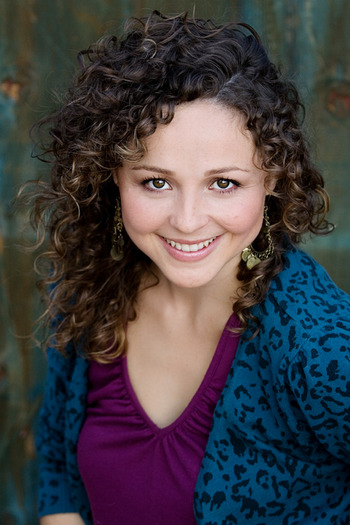 Ellie Araiza is perfectly fluent in both Spanish and English. She is half-Mexican and half-American. She was born and raised in Mexico and grew up speaking English at home. In 2002 she moved to Los Angeles to pursue her dream of becoming a working actor. She now has an extensive resume including recurring roles on TV, award winning films, countless commercials and voiceover projects as well as her very own one-woman show Turtle Love which ran for 7 months at the I.O. West Theatre. She was the lead singer and lyricist of the band Pie for 6 years, and still enjoys singing in the shower, as well as writing and baking.