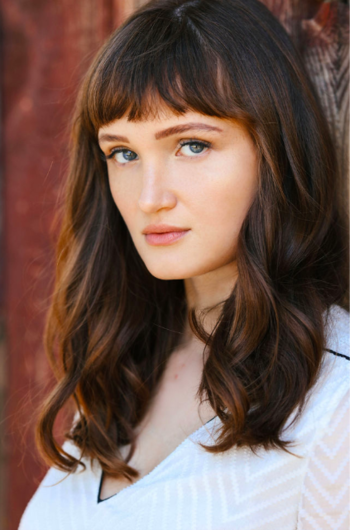 Emily Bannon has been doing voiceover for almost as long as she could talk. She got her start at age 7 on NBC’s American Dreams, and by 20, her voice had been featured in multiple movies and on hundreds of episodes of television.

Her foreign language training began in 2007 when she attended school in Guayaquil, Ecuador, where a majority of her family lives. It culminated in the study of linguistics at NYU, where she was a CAS Presidential Honors Scholar –– and continues to develop through her extensive travel and work. She has contributed voiceover in Spanish, Swahili, Japanese, Arabic, Thai, and other languages to shows like SWAT, Legion, Mayans M.C., Quantico, Criminal Minds and Criminal Minds: Beyond Borders.

On days off, she can be found wobbling around on rollerskates or practicing classical harp.