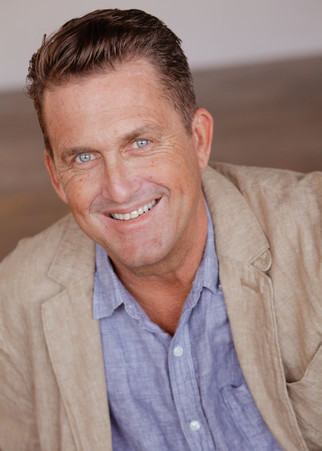 Geoffrey has well over 100 credits to his name in both television and film in a career that has spanned over three decades. He will soon be seen in the anticipated Epix original series GODFATHER OF HARLEM opposite Forest Whitaker and can currently be seen streaming in THE MAN IN THE HIGH CASTLE, Amazon Prime’s highest rated and most critically acclaimed one-hour drama to date. Recent guest starring appearance include the CW’s CHARMED and DCs LEGENDS OF TOMORROW as well as the CBS drama, BULL. He also starred in the sweeping Roland Joffe directed History Channel 10-episode mini-series TEXAS RISING where he played Col. George Hockley to Bill Paxton’s Gen. Sam Houston along with other notable actors, Jeffrey
Dean Morgan and Ray Liotta.

Along with being a highly respected actor Geoffrey is also a formidable writer. Along with his wife Marcia Christie Blake, they have written for all the major studios. They have had
several projects with Tom Cruise’s production company including a feature adaptation of the novel 17 Stone Angels where they were hired by and collaborated with perhaps the
greatest screenwriter of all time, Robert Towne. They have worked with multiple Academy Award winning producer Jeremy Kleiner at Plan B, and are frequent collaborators with
Academy Award winning producer Andrew Lazar at Mad Chance.