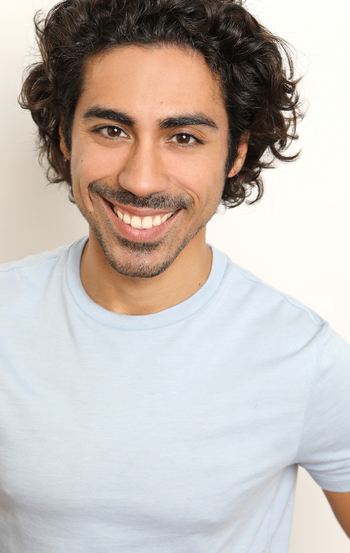 Born on the west coast but quickly making his way to sunny South Florida, Giancarlo Sabogal was born a bi-costal baby. Enjoying summers with his father in Los Angeles, and living with his mother in various parts of Miami, Giancarlo experienced a hodgepodge of different ethnic groups and cultures. Unlike most Miami natives, Giancarlo is not Cuban. As his name suggests, he is a two part cocktail of Peruvian and Italian descent, along with multiple identities he’s adopted by living in several cultural pockets of Miami. This has equipped Giancarlo with an immense fascination and talent for accents, characters, and impersonations.

This emerging talent is sought after for his range of voice work for television commercials, on air promos, and sketch comedy. As part creator, writer, and actor in the viral video series, Sh*t Miami Girls Say, Giancarlo particularly shines in this sketch comedy series showcasing Miami and its culture. Playing multiple characters in these skits, Giancarlo and his creative partners have managed to reach over two million views on YouTube alone.

As a true lover of all things active, when he’s not perfecting his craft, or taking classes to learn new ones, you can find Giancarlo always on the go. Whether it be back flipping while practicing parkour at the Tempest Freerunning Academy, break dancing with his friends to house music at an underground club in LA, or plotting his next cultural travel adventure. Giancarlo is the truest definition of a multifaceted artist.