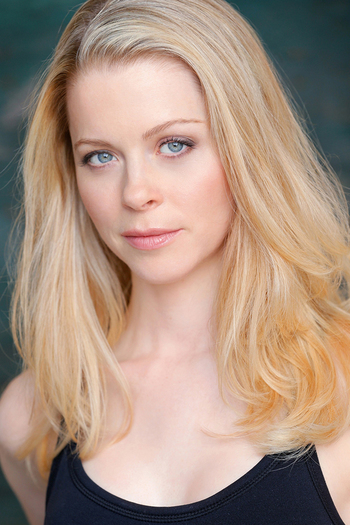 Janna Bossier blew in from the Louisiana Bayou, and this small town hurricane has been acting up a storm in Hollywood ever since. Inspired by Grace Kelly’s performance in Alfred Hitchcock’s “Rear Window,” Janna has taken every opportunity to perfect her craft by performing in movies, television shows, plays, and video games.

Janna is best known for her video game motion capture performances and voiceover roles. She plays the villain and leader of the Ensanglante, Bonnie Blue, in the blockbuster video game “Mafia lll.” She terrorizes the galaxy as Aivela in “Star Wars: The Old Republic.” And coming soon, she voices the ultimate mean girl Bambi, in the upcoming animated feature film “CLICS: Cheerleaders in Cyber Space.”

Television roles include the CBS hit series “Criminal Minds: Beyond Borders”, she played Jane Wicks, a flight attendant caught in the middle of an international smuggling operation. Janna can also be seen along side Kevin Hart and Nick Cannon in “Real Husbands of Hollywood”, as Mariah’s biggest fan. Other TV credits include “Shameless” and “Grounded for Life.”

Janna has major street cred for being cast as the lead in both Slipknot’s “Vermillion Part 1 & 2” music videos. She also received Best Actress at the Rumford Film Festival in London, for her portrayal of a sociopathic assassin in the short film, “Compulsions.”