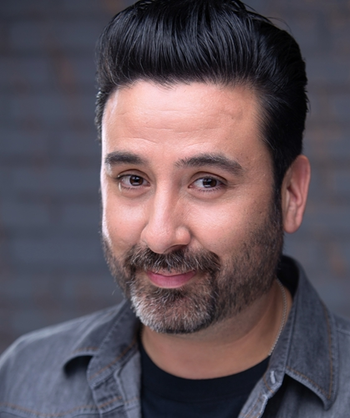 Born and raised in Houston Texas, Joseph started his career as a bilingual singer at the age of 10. He later became the front man of the Spanish rock group VISSION and performed with talent such as SELENA and MANA.

In 2003, Joseph moved to Los Angeles after booking a series regular role on the series PRISON BREAK (PROOF OF INNOCENCE). He currently resides in Los Angeles and you can see him guest starring on numerous television shows such as (Eastbound and Down (HBO), Criminal Minds, Anger Mangement, Brooklyn Nine Nine, NCIS Los Angeles, and Greys Anatomy. You can also catch him in supporting roles on feature films such as Sicario 2 (Benicio Del Toro), and Bless Me Ultima (Carl Franklin).