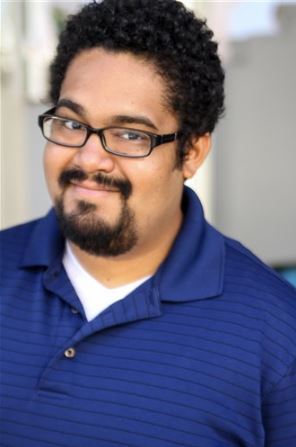 Audiences will recognize Josh as “Ivan” in Amazon’s hit show, UPLOAD by Greg Daniels. Josh has also appeared in “Adam Ruins Everything”, “The Big Bang Theory”, “Mom”, and Netflix’s “LOVE”.

As a comedian, Josh draws from his multicultural background being of Mexican, and Filipino and Black descent. This provides a diverse swath of characters and points-of-view inspired by many bizarre family dinners. Josh cut his comedy chops in “The Second City” flagship shows, and eventually with the Groundlings “Sunday Company”.

As an actor Josh studied with some of LA’s finest- Lesly Kahn Conservatory, Robert D’Avanzo, and the Kingsmen Shakespeare Theatre Company. Josh has also studied voice acting at Kalmenson and Kalmenson for commercial and animation, and with the inimitable Charlie Adler.

Josh is regularly performing as a vocalist and instrumentalist. He was a member of professional choirs such as the Ventura Master Chorale, and the Arete Vocal Ensemble. Since the events of 2020, Josh has also turned to recording and mixing music for local events and choirs at home, much to the dismay of his wife and daughter.