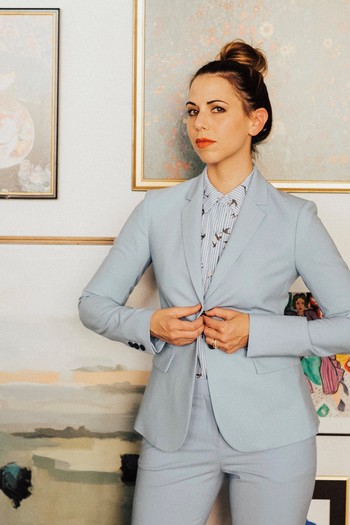 From super powered vigilante to spartan to ice weilding wizard, Laura Bailey has brought to life a plethora of fan favorite characters. Laura got her start working in video games two decades ago and has since gone on to become one of the most prolific voice actresses in the industry today. Laura has voiced Black Widow in several properties including Marvel’s Avengers Assemble, Marvel’s Spider-Man, and Marvel’s Guardians of the Galaxy animated series and is thrilled to bring her to life again in Marvel’s Avengers game. You may know Laura as Abby in The Last of Us Part II, Kait Diaz in the Gears of War franchise, Spartan Vale in the Halo 5, Jaina Poudmoore in World of Warcraft, Fetch in Sucker Punch’s Infamous Series, Supergirl of Injustice 2, Catwoman in Batman: The Telltale Series, and Serah Farron in Final Fantasy XIII.

In addition to her voice work, Laura is also part of the cast of Critical Role, a hit online series where her and several other voice actors play Dungeons and Dragons. Critical Role has an animated series in production with Amazon Prime, The Legend of Vox Machina, in which Laura will be playing her character Vex’ahlia.