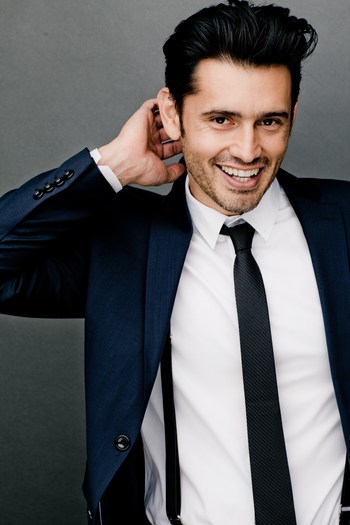 A SoCal native, Miguel Angel grew up both in the U.S. and in Mexico traveling back and forth each year and attending school in both countries. He is fluent in both English and Spanish. He knew at an early age that he loved performing. As a child he would dress up in his grandparent’s clothes and improvise scenes for them. Ultimately, he received his bachelor’s degree in Theater from UCLA. Having received his 3rd degree brown belt in Kenpo Karate at age 13, he keeps active with yoga, boot camp classes and boxing.

Miguel Angel has voiced countless commercials for TV and Radio in English and in Spanish and has worked on numerous video games. His voice can also be heard on the guided meditations apps for Deepak Chopra.

As an actor, he has recently wrapped the leading roles for the upcoming feature film "Sleeping Dogs Lie", due to release in the Fall of 2018, and has worked on the upcoming American crime drama "Too Old To Die Young" starring Miles Teller for Amazon Studios. He starred in and produced the film "Cry Now", released in theaters in 2017. Previously he’s had a recurring role in the long running soap "General Hospital" as Orlando Brooks and has appeared the film "We Have Your Husband" for Lifetime. Miguel Angel has also appeared on many other TV shows including "NCIS Los Angeles" (CBS) and "CSI:NY" (CBS).

An active producer and writer as well as actor, Miguel Angel is a proud founder of the film production company Cinetico Productions. He believes that all efforts in the community should be bridges to the future. In his company productions, he has established a shadow mentoring program where kids from inner city schools are brought on set to shadow key personnel and actors, so they can learn about the process and be inspired by the ﬁlmmakers they meet.