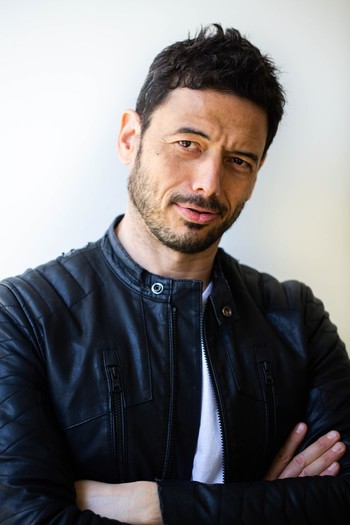 An American actor, born in Montreal, Canada, Rafael Petardi has been working extensively on the stage and screen since the age of nine.

After spending time in the local theatre scene, Petardi joined the corporate world, building a successful career, but he was still missing the Creative Arts. He decided to follow his passion and returned to College where he was awarded a scholarship to study theater at the University of Milan in Italy. After gaining experience in Italy with several theater and film roles, Petardi returned home, ready to further his career in film and television.

His first audition landed him a leading role in a mini-series shooting in Canada alongside several French-Canadian stars. He has also starred in many award nominated and award winning television shows including "Rent-a-Goalie" (Series Regular). His acting efforts on these programs resulted in three consecutive CSA Award nominations (Canadian Emmy).

Today, Petardi continues to pursue film and television roles. Most recently, Petardi appeared alongside Keanu Reeves in the feature film "Siberia." Currently he voices Agent Chase Devineaux opposite Gina Rodriguez in Netflix's "Carmen Sandiego." In addition, he has played roles in hit feature films such as Angel's & Demons with Tom Hanks, Beverly Hills Chihuahua (starring Drew Barrymore and Andy Garcia), Freezer starring opposite Dylan McDermott, the feature House of Versace starring opposite Gina Gershon, as well as the French-Canadian mini-series La Marraine in which the supporting role Petardi played required him to be fluent in English, French and Spanish. He joined the cast of the second season of "Bomb Girls," a television drama starring Meg Tilly. He also, has appeared as a recurring character on multiple top TV series such as ABC's "Flash Forward," a multiple guest starring roles on all the major networks on shows such as "2 Broke Girls", "Taken", "Days of Our Lives", "KC Undercover", "CSI:Cyber", "The Unit" and "NCIS: Los Angeles" and more.

Petardi is fluent in English, French, Italian, Spanish, and has a working knowledge of Russian and Mandarin Chinese. He currently resides in Los Angeles, California.