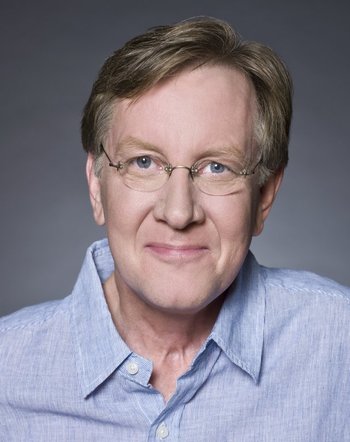 Be on time, be prepared and don’t take yourself too seriously… Picasso once said it took him 4 years to learn to paint like Raphael, but a lifetime to paint like a child. From booking his first on camera job in 1971 (Gaines Burgers with Cheese) to his current ongoing gigs as the narrator of The History Channel’s hit series “Ancient Aliens” and “The Curse of Oak Island” these are the qualities that Robert Clotworthy brings to his 45 years of a sustained acting career.
A Master in the Chinese Martial Art of Kung Fu San Soo he’s found that the discipline, awareness and attention to detail has helped him develop and add layers to the many characters he has created. An example of this is Robert’s portrayal of fan favorite, Jim Raynor, in Blizzard Entertainment’s award winning “StarCraft” Video Game Series. Named one of the top ten gaming heroes of all time, more than one fan has mentioned that the character of Raynor has been a role model and positive influence in their lives. Gamers and reviewers around the world have commented on the quality of Robert’s voice acting and the humanity and quiet strength that Robert brought in creating the iconic role.
In feature films Robert has worked with numerous acclaimed directors and stars including Bette Midler and James Caan in Mark Rydel’s “For the Boys’, Seth Rogen in “The Green Hornet”, Alan Arkin in “Rendition, Robin Williams in “One Hour Photo” and Kristen Bell in “Pulse”. Fun fact: The pivotal scene where Robert played Bradley Cooper’s psychiatrist in Clint Eastwood’s “American Sniper” was shown during the Academy Awards Ceremony in 2015.

Robert is also one of the most sought after narrators on television, lending his voice to hundreds of hours of programs. George Lucas chose Robert as the narrator of the Emmy nominated documentaries “Empire of Dreams: The Making of The Star Wars Trilogy” and “Star Wars: The Legacy Revealed. “ In 2017 Robert won the prestigious SOVAS award presented at New York‘s Lincoln Center in the category of Outstanding Narration, Best Voiceover for his work on Ancient Aliens.
Robert also works extensively in the world of Animation, Television and Interactive Games portraying both heroes and villains. His credits include “Batman: The Telltale Games Series”, “Star Wars: The Old Republic”, “Ultimate Spiderman”, “The Big Bang Theory”, “China Ill”, “The New Adventures of Max”, “Fire Emblem Heroes” and Nickelodeon’s “We Bare Bears”.
Not just a one or two trick pony, Robert has performed in hundreds of commercials and recorded ADR in over 600 feature films including “Captain America: The Winter Soldier” where he was the voice of Nick Fury’s car.
Another fun fact: Robert is a Los Angeles native, where at Taft High School he was a classmate of Baseball Hall of Famer Robin Yount. Yount and Clotworthy agree, “I don’t get goosebumps when I open my pay envelope”: It’s about the joy of the work.