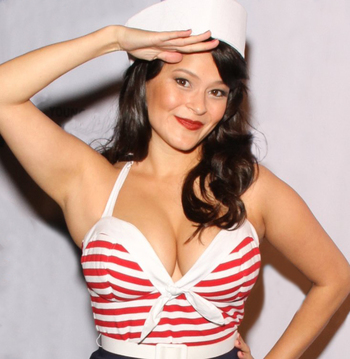 Romi Dames is probably best known to her fans as Traci Van Horn, the super snobby socialite (with a voice to match) on Disney’s “Hannah Montana.” She recently resurrected her popular character for a comedic video that went viral across multiple social media platforms, gaining over 20 million views. Nickelodeon’s “Winx Club” fangirls know her as Musa, the tomboy fairy of music, and “DC Super Hero Girls” viewers know her as the hilariously unhinged villain, Lena Luthor. She’s been hired to do both character voices and voices with character, and her time as an uber professional Emmy-nominated teen reporter is evident in her cold-reading teleprompter skills (which lends itself to her video game work, such as in “Dishonored 2”.) This quirky goofball is hired most for her portrayal of teens, kids, adorable creatures, and vampy vixens. Romi's ethnicity is listed as half Japanese, half Muppet.