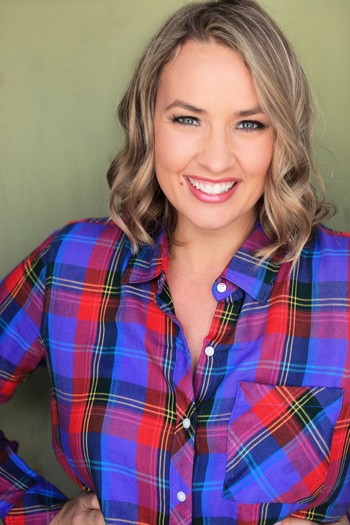 Sara is a comedic actress who grew up in the sticks playing in trash cans for fun. Tennessee is her jam. Go Big Orange. But man, she loves LA.

Sara is known in the video game world for playing sassy badasses-- Power Girl in Injustice 2, Deathstick in Star Wars Uprising, Boom Bloom in Skylanders, and a dead Valkyrie who comes back to life in God of War...and like a bunch more. In the animation scene, she voices Harriet Wolf in Monster High...and dudes, if you weren't already hot for teacher, you are now. She's also super stoked she got to marry Sean Bean in The Snow King 2 where she voices Princess Maribel, but yo, Sara is TOTALLY cool if you think she married Ned Stark IRL. Anime crowds love her as coolest-mom-EVER Sachiko in Erased and lollipop-sucking genius Child Emperor in One Punch Man. She has voiced more commercials than you can count on her hillbilly fingers and toes (does that mean she has an extra finger or toe? YOU DECIDE), but let's just say, if someone sounded like your bff and wanted you to go to Target, wear Nike's, drive a Nissan, or get drunk with her at a BevMo...that's probably ya girl Crave.

Sara loves yoga, country music, builds decks in her backyard with her brute strength for fun, and makes the best from-scratch buttermilk biscuits you've ever tasted. For real. You don’t even know.