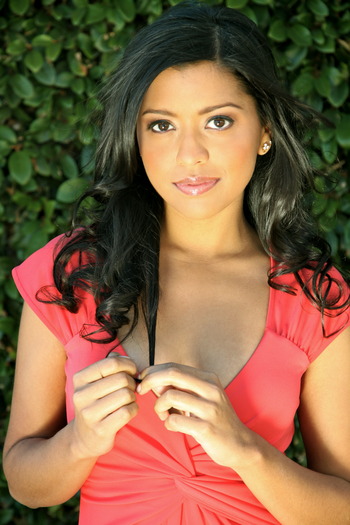 Tiya Sircar was born and raised in Arlington, Texas to a family of academics. Both her mother and father, who are originally from Calcutta, India, are college professors. Tiya's parents instilled a love of the arts in her starting at a very early age. She began dancing at age three; first Indian classical and folk dance, then ballet, jazz, lyrical and modern. Dance has always been a passion of Tiya's but after taking her first acting class at age 7, she realized that acting was her true calling.

Tiya went on to attend the University of Texas at Austin, receiving two Bachelor's degrees; one in Business/Marketing, the other in Theater & Dance. After graduation, she moved to Los Angeles to pursue acting where she was fortunate enough to start working right away on popular shows like House, M.D., Hannah Montana, NCIS, Greek, Numb3rs, and The Suite Life on Deck. In 2009, Tiya appeared in the hit movie, 17 Again, alongside Zac Efron, Matthew Perry, and Leslie Mann. The following year, she played ‘Aimee Bradley’ on CW's hit series, The Vampire Diaries.

In 2013, Tiya enjoyed her most significant role to date, starring in the 20th Century Fox comedy, The Internship, opposite Vince Vaughn and Owen Wilson. After that, she was offered the recurring role of ‘Amy Matthews’ in Lifetime's new series, The Witches of East End, opposite Julie Ormond, Jenna Dewan-Tatum, and Virginia Madsen. Immediately following, Tiya jumped right into another film; an indie comedy entitled Miss India America that also stars Hannah Simone (New Girl). This marked Tiya's first lead role in a feature film. Most recently, Tiya has been recurring on CBS' hit comedy, The Crazy Ones, starring Robin Williams and Sarah Michelle Gellar. She also just booked a lead role opposite Greta Gerwig in the CBS pilot How I Met Your Dad.

Beyond acting, Tiya cares deeply about animals and the environment. She donates much of her time & resources to organizations that promote wildlife preservation, animal advocacy and environmental protection. Tiya is also an avid traveler, having visited every continent except Antarctica. She resides in Los Angeles with her Maltese-Poodle, Vegas.