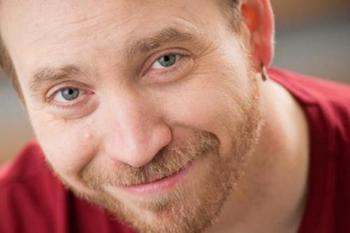 A native of Edmonton, Canada, Trevor Devall spent 15 years in Vancouver’s animation industry as one of the city’s most sought-after voice actors.

He is a prolific voice artist, having performed in hundreds of animated productions including television movies, series, feature films and video games. Some highlights: Emperor Palpatine/Darth Sidious, Admiral Ackbar and Jar Jar Binks in Lego Star Wars: The Yoda Chronicles, Iron Will, Hoity Toity and Fancy Pants (for which he was nominated for a UBCP Award for Best Voice) on My Little Pony: Friendship is Magic, Dukey on Cartoon Network’s Johnny Test, Jayce on the globally popular League of Legends video game, Colossus on Joss Whedon’s Astonishing X-Men, Dad on Disney’s Kid vs Kat, and many more. He appeared in Escape from Planet Earth with Brendan Fraser and William Shatner.

He recently relocated to Los Angeles, and has worked on various projects for Disney, Dreamworks, Warner Bros., and others.