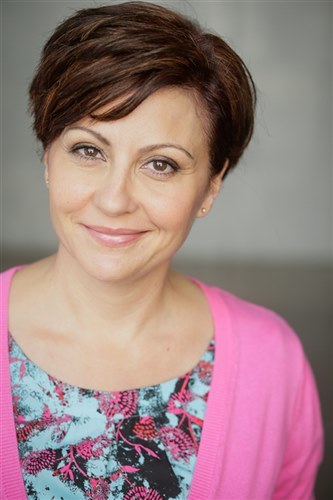 Victoria has been with SBV for over 15 years and has had wonderful variety of commercials. She is an asset to the SBV family.

Victoria moved from Saint Paul, Minnesota to Los Angeles to follow her passion for acting. In no time, she landed her first guest appearance opposite Jennifer Aniston on the hit NBC show “Friends”. She didn’t stop there, but became an anomaly, booking only the top shows in the industry. She has worked with such powerhouses as Steven Spielberg in “Minority Report", Sally Fields on in “Brothers & Sisters” and Patricia Heaton on “The Middle".

Most recently, she worked with Aaron Sorkin on “Newsroom", and shot a Super Bowl commercial for "The Walking Dead". Back Stage West has called her “Adorable”! The L.A. times raved that she’s a “Blissfully comic actor”, and The Beverly Hills Courier stated that she is an “Incredibly talented up and coming actor”.