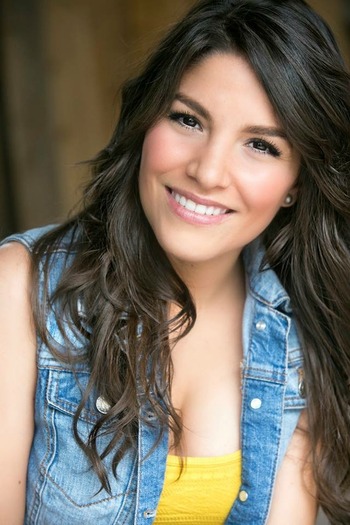 Born and raised in Puebla, Mexico, Vivianne Ligarde was educated in Mexico, Germany, Spain, NYC and Miami. Now living in Los Angeles, she is a dynamic, multilingual TV Host, actress, and avid traveler with a talent for blending hosting and acting.

Vivianne harnessed her passion for her craft at a very young age. At 13, she launched her television hosting career with a gig on TV Azteca, the second largest broadcast company in Mexico. With education, traveling and an unbridled passion for life, Vivianne crafted a career blending hosting, stage and television. Currently a TV host for “The Zoo” the LATV talk show, she keeps her audience engaged with her vibrant, enthusiastic gusto for life. Fluent in English, Spanish and German, Vivianne’s unique, vibrant voice and embracing style has led to a successful voiceover career in both the Hispanic and English markets.

On the movie screen, she has starred in the short film, Unbroken and appeared in the crime-thriller Valentina. Television credits include the Colombian-Mexican series, La Ruta Blanca to a recurring role as Susana on Marido en Alquiler on Telemundo and her latest lead role as Eliana on the NBC-Universal miniseries Milagros de Navidad by Telemundo Internacional.

Vivianne’s theatre experiences include the role of the feisty Edna, in Waiting for Lefty and proudly portrayed the self-reliant Susan in Michael Weller’s classic, Loose Ends.

Outside of her professional career, Vivianne is an avid traveler, exploring diverse cultural backgrounds and lifestyles. She is also a swimmer, dancer, rock climber and writer.